Coaching, Self -Tapes and Acting Classes

In this 5 week Scene Study class we will work on scenes from plays and sometimes films.  Each student will be assigned a scene and a partner and will be expected to rehearse outside of class to come into class prepared and ready to dive into the character's emotional and physical life.
​Next round:

Price:
$375 Including GST
​For all inquiries email: info@almirostudios.com
Audition Class
In this class, we will focus on the skills you need to nail your auditions and self tapes.  We will a work on relaxation, empowerment and personal growth so that each actor can truly bring all of their strengths to their audition.
When: Monday June 20th to Monday July 18th - 6pm to 9pm
​
Price: $375 including GST  (Class runs for 5 weeks)

email: info@almirostudios.com to register
Self Tapes/Audition Coaching
We coach, film, edit, provide a reader and send your tape to your agent so you can focus strictly on your performance.
​
​Rates:
$60/hr + $10 editing fee (plus GST)
$40 for half an hour including editing (Plus GST)

"I've trained with Al for years and I walk away from every session getting something else out of it. Getting coaching for auditions or tapes with him have been been beneficial as he is well-versed in the demands of the industry, and adapts his approach based on the material. Al manages to guide ideas and choices in a way that enables the actor to easily and decisively manifest them on screen. He gives his all in every take to help the actor come to their best performance."
​-Wern Lee (Recurring  on Superman and Lois, Supporting Lead on Voyagers, Motherland: Fort Salem)
I love coaching with Al - he has fantastic instincts and always adds additional layers to a character. I leave his sessions with added confidence and excitement going into my read... I credit Al and his talent as a coach for helping me feel great about what happens in the room and for landing roles such as Hallmark’s “Rocky Mountain Christmas”.  Love you Al!
-Chris McNally (Series Regular on Hallmark's When Calls The Heart, Recurring on Netflix's Altered Carbon)
Al’s teachings and guidance has been one of the most influential and essential component to my growth as an actress. Going to Al’s classes is like going to life counseling, and the counselor turns out to be your experienced, caring, and charismatic father. I had to be prepared to give him my all, to give my truth, and be courageous to face all the daunting out of the box challenges he gives us to grow as an actor. No one can fool Al by giving anything less than the truth, by hiding or faking emotions as we all self defensively do. His classes were raw, passionate, honest, daunting, exciting, constructive, and therapeutic.  I was always excited to learn more from him and soak up all he can teach, and of course like an ambitious child at a buffet, I always come out of the class exhausted, but fulfilled and rejuvenated. There is a connection Al builds with his students that is authentic and irreplaceable. In contrast with the vulnerable state I had to put myself in, Al created a safe space and guided me through the process of putting all of myself out and putting myself back together again. During one of the most difficult challenges of my life, Al’s guidance helped me find my voice, and I was able to find success in acting through booking commercials and now recurring on an upcoming Netflix series. Al's coaching is not for the faint of heart. His coaching is essential for growing towards success, and so often times, for finding yourself.
-Josephine Ting (Recurring on Netflix's Wu Assassins, ABC's A Million Little Things, TBS's The Detour)
​​“I’ve always liked Al’s teaching technique. Even when I was a student at VADA, where he would come in and kick our butts on regular bases. There is one thing I admire about a teacher. Honesty. I mean in in a couple of different ways. As a teacher, Al would call us out on every single mistake that we would make as he saw it. He was right, every time. Don’t get me wrong, we are allowed to make mistakes. Its about identifying them. Trying something new, and of course sometimes using them to our strengths. That is what Al Miro does. He is not afraid to tell you different. Which is what I found a lot of other coaches do not do. Then there is finding honesty in a scene or an audition piece. When working with Al, finding the truth is priority. Without it you’re not really sure where you’re coming from or going. What’s the point of doing it then. Truth needs to be there. Al is great at helping you find it in yourself and putting it though a scene. Magic. As one of Al’s students I have found recent success. With his coaching I was able to book my first feature film role opposite Keanu Reeves. If you’re daring to let your inner true self come out and shine, see Al.”
-Taran Vitt (Siberia, History Channel's Six)
​"I have had the great pleasure of working with Al Miro for about 6 months now, and with his help I have gone from zero experience in acting, to landing my very first agent and actually booking roles. I have worked extensively with Al in Audition Preparation and Scene Study, and his extensive knowledge on the Technichal side of Auditions has given me a massive edge over my competition when it comes to knowing what to expect when you get in the room for an audition, and being ready for anything that might be thrown at you. Not only have I improved technically, I have also worked a great deal with Al on emotionally connecting to scenes. Al works one on one with you to connect your personal life with your scene, in a very professional and respectful manner. I would not be where I am today without his help, and I would highly recommend working with Al at least once which is enough to have a positive impact on your future acting career."
​-Connor Shelefontiuk (S.H.A.M. Therapy)
​I have been training with Al Miro for months and have felt significant improvements in my acting skills. Al established a connection with me where he understood my key strengths and weaknesses and use them to create his own teaching techniques that have so far proven successful in my case. He really values your time and goes above and beyond what is expected of him as an acting coach. He also helped me create my demo reel that resulted in me signing with one of Canada's top talent agencies. Al pushes me to think outside the box and motivates me to find my deepest emotions while at the same time he taught me techniques to stay grounded.
-Bharat Sharma (Represented by The Characters Talent Agency)
​ 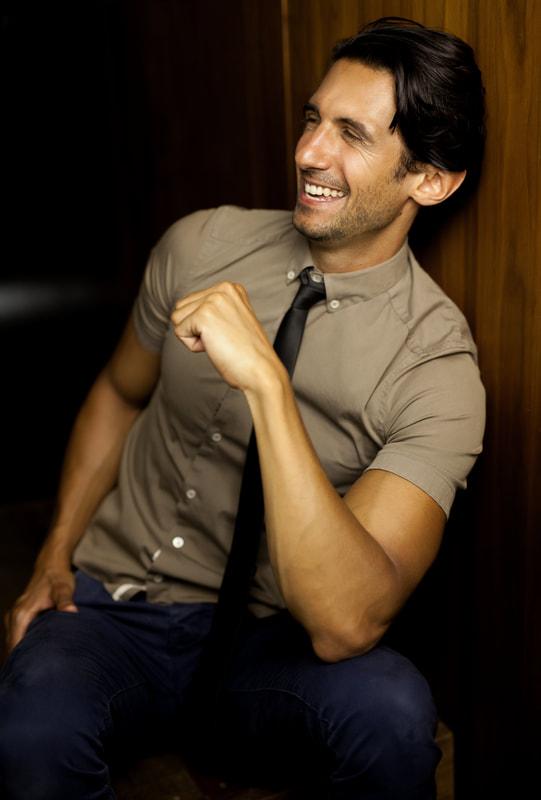